Yvonne had seen a flower painting of mine with her friend Suzanne and wanted one herself. But in a different size; 180x80cm would look beautiful above the sofa and with self-chosen colors that match the interior. My experience is that a painting on the wall is often smaller than you would initially think. 180x80cm sounds big, but if it hangs on the wall it looks very different. After I received photos of Yvonne’s interior, I started working and always sent her update photos so that she could follow the process. This is the result and it has been named: In ‘t Veld. 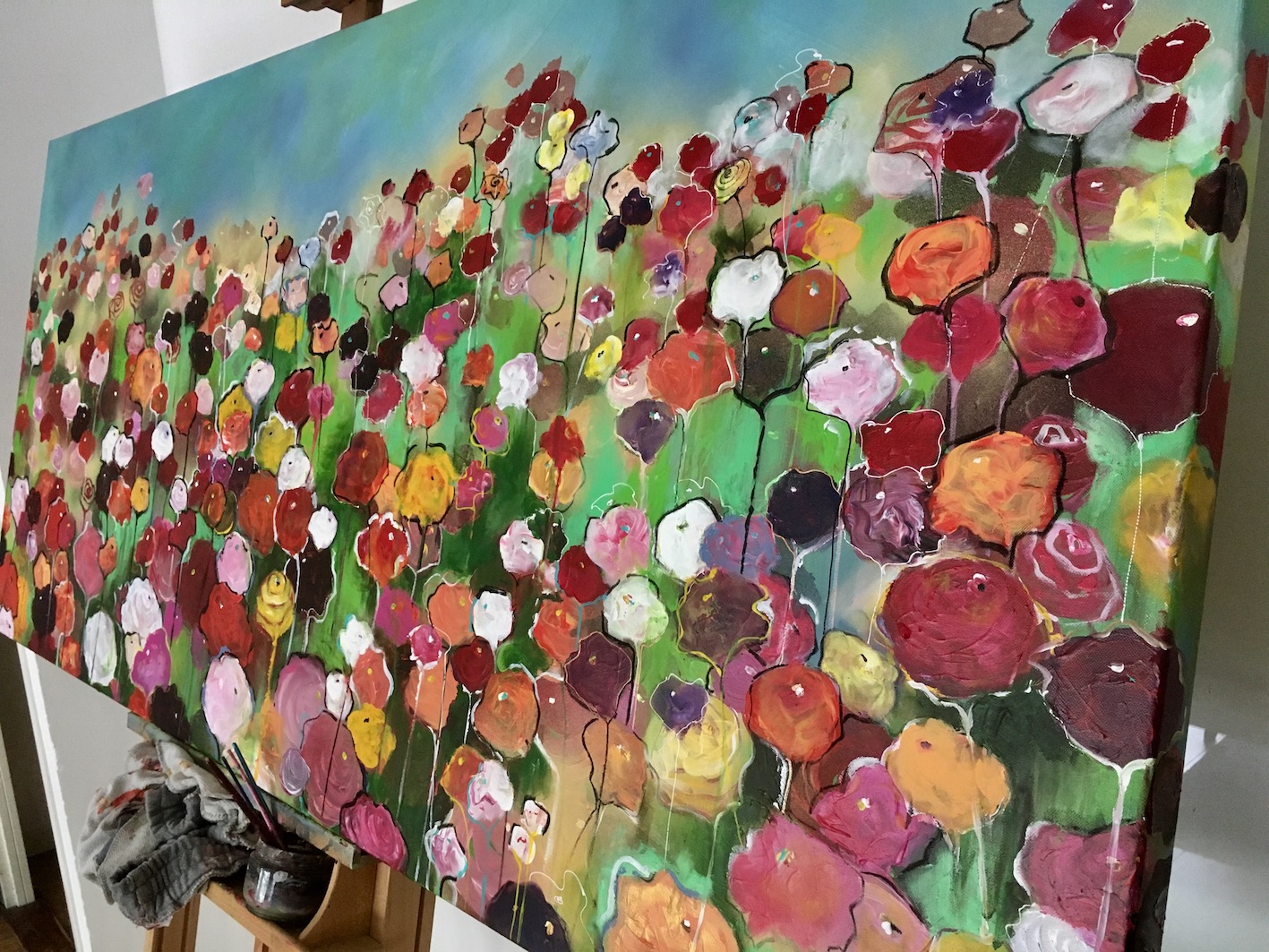 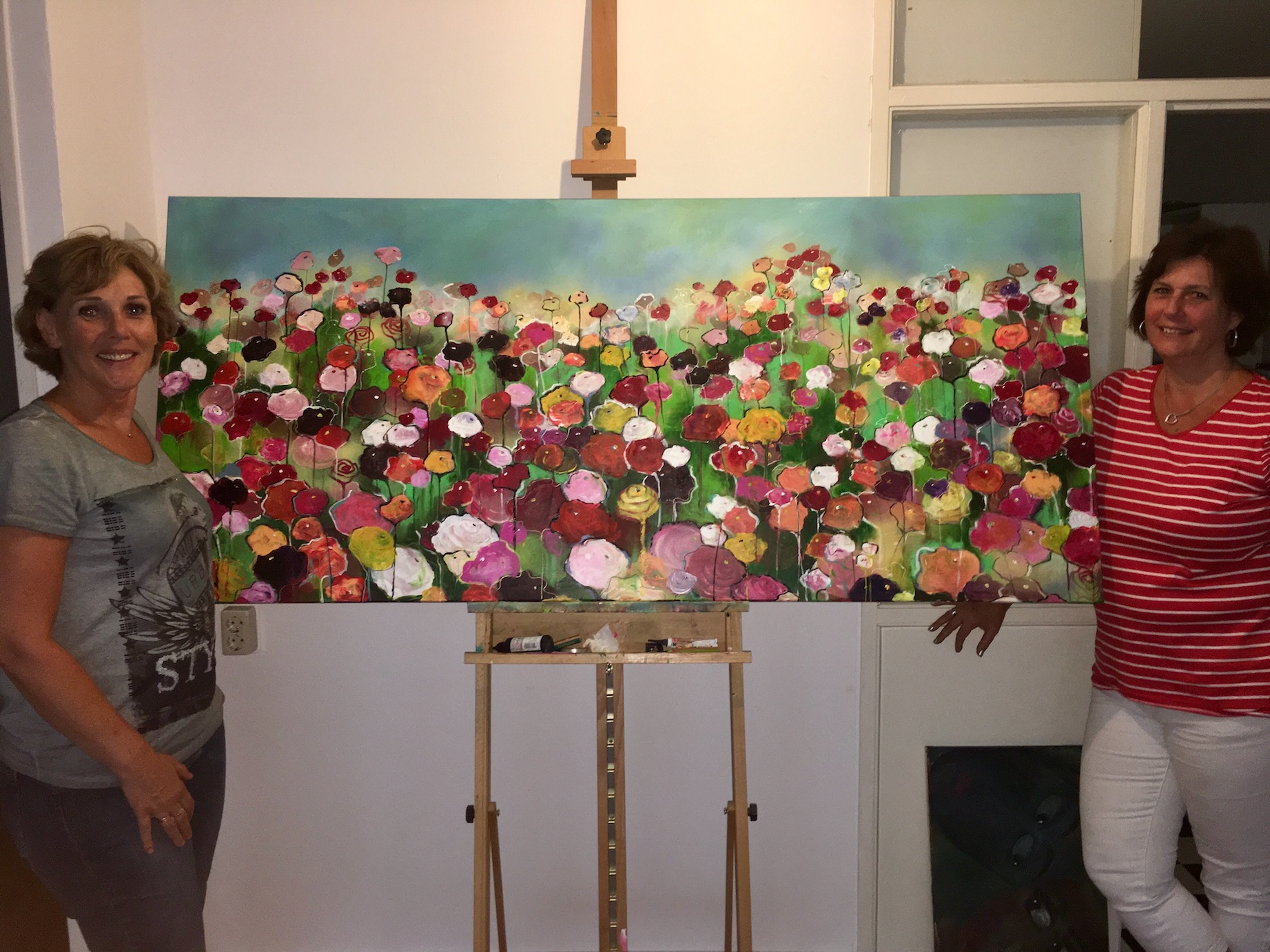